"We Don't Do Small:" Honesty and Mental Toughness 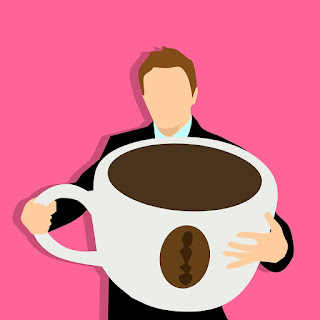 I needed an iced coffee and didn't have much time, so I rolled up to the McDonald's drive-through and asked the robot-speaker-thingy for a small, with Splenda on the side. After a pause, a bored, distorted voice said, "Medium iced coffee. Anything else?"

"We don't do small," the voice replied.

"Well, ain't that America?" I asked myself, with a wry nod to John Mellencamp. He was singing about little pink houses. I was thinking about our "supersize me" mentality: bigger, faster, stronger. Never enough. We are hypnotized into seeing small as lame. Why have a small when you can have a medium, or a "tall," if you go to that other, more pretentious, corporate behemoth? More caffeine equals more energy, and more energy equals more productivity, more speed, more winning. And that's just plain more good.

I recently listened to an Endurance Planet podcast interview with sports psychologist Simon Marshall and world-champion triathlete Lesley Paterson. Among many other topics involving the mind's role in athletic performance, they spoke of the importance of showing your less successful self to the world via social media.

Post a few photos or stats from crap training sessions, or a few honest words about your feelings after missing a big goal, they say, and watch the appreciative comments come rolling in. People desperately need to know they're not alone in feeling inadequate or fraudulent.

Marshall says the fear of being exposed to your community as flawed is wired in to a deep, primitive part of our brains, and is there to protect us. For eons, our pre-human ancestors needed to project competence to their tribes, so they wouldn't be ostracized and left to forage on their own. It was literally a matter of life and death.

Now personally, I tend to dismiss people who frequently post photos or reports trying to impress me or make me feel sexually attracted to them; it comes off as insecure and self-involved. This perspective made me re-think that. First, maybe that itch is hard-wired, and scratching it now and then (balanced with other, more helpful or insightful material) might not be so bad.  Psychologists know that celebrating yourself and inviting positive feedback can be really healthy.

But if we can balance our meticulously curated image with a shot of ourselves at 6 am, baggy-eyed and ready to puke before heading out to a big event, we can send the badly-needed message that  subpar moments are perfectly normal.

Therapists champion this, too, of course; in some ways, it's what we do: get people to accept their whole selves. The dirty little secret is that you're more mentally tough when you can do that, because you have some flexibility in your self-image, and can take hard moments in stride.

Trying to constantly supersize yourself, without any mistakes or doubts, is a form of abuse. Every endurance athlete knows the axiom, "you have to go slow to go fast." Think about that in the sports psychology context, too. Let yourself be flawed and human, and maybe, when you next line up, the volume on the negative self-talk tape will be a few decibels lower.