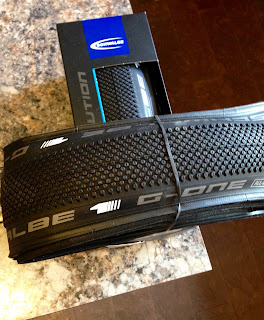 The 2010 Salsa Vaya is my go-to road bike. It takes me confidently down paved, dirt, and gravel roads, and handily manages the bits of singletrack I often discover on familiar routes. For the last few years, it’s been shod with the celebrated 40 mm Clement X’plor MSOs. To be honest, I never liked those tires.

I held on to them mainly because they’re pretty good on dirt and fine gravel, but they’re quite sluggish on paved surfaces, despite the fine knobs concentrated in a center strip. Living in a settled area of New England means dirt-oriented rides often contain a high percentage of pavement.  Also, although fatter road bike tires are now all the rage (“more cush and less rolling resistance,” go the claims) I always felt they were just too much rubber for daily use.

This winter, I decided to shop for something slightly skinnier, with lighter, firmer tread that wouldn’t squirm as much as the MSO on hard surfaces. My typically obsessive research turned up many options in the 35 mm range, but the Schwalbe G-One Allroads checked all the boxes, got great reviews, and (most importantly, of course) were beautiful to look at. The small, even tread dots create an unusually appealing look for a multi-surface tire. At 380 grams, they’re roughly a quarter-pound lighter than the Clements, while still reportedly living up to Schwalbe’s reputation for durability.

I’ve had them mounted to my bomb-proof 22.5 mm Salsa Delgado Cross rims for a few weeks now, and I’m very pleased. 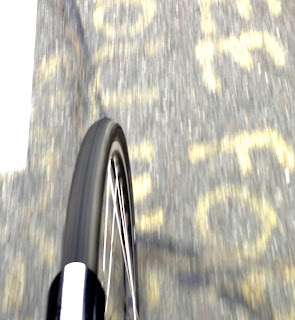 On pavement, they out-perform the Clements by a country mile, rolling much smoother and faster, and sticking firm in corners. This factor, more than any other, confirmed that I made the right choice.

However, the G-Ones wouldn’t mean much to me if they sacrificed dirt performance in favor of tarmac. Bottom line? They don’t. Even with five fewer millimeters of width, and considerably less tread, the G-Ones have stayed stuck on every terrain I’ve thrown at them, including smooth dirt roads at speed… 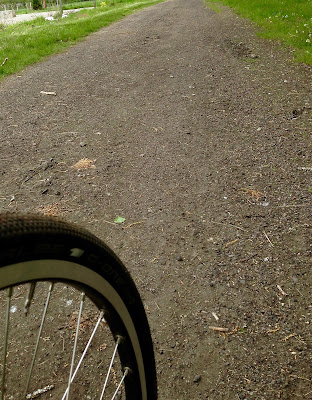 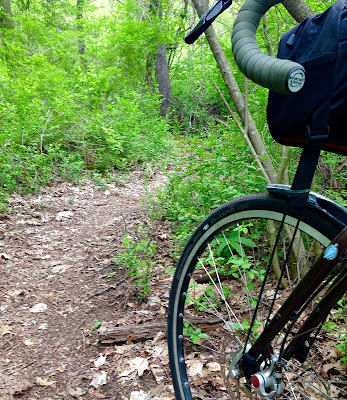 I was delighted to find that I could stand on the pedals and power over steep ramps and roots without losing grip. Pretty impressive; not sure I could have done that with the Clements. Schwalbe’s rubber compound has got some serious black magic. All the more impressive when you take into account that I mounted these tubeless tires with tubes. Just imagine the joy when tubeless!

The only places they’ve lost a bit of grip has been on marbly-over-hard-pack and wet roots, but hey, even my Maxxis Ardent mountain bike tires lose their footing at that point.


*     *     *
If I’m planning a long ride with truly nasty surfaces, I can easily switch back to the Clements for a bit more footprint—but I’m not sure I will. Could the G-One be the all-surface solution I’ve been dreaming of?

Stay tuned for the late-season update.