A two-night trip to beautiful Southern Vermont this past weekend with my friend Steve. Our main goal was to ride the well-known Retreat Trails just outside Brattleboro (practically speaking, the capital of the southern part of the state).

We stayed at Fort Dummer State Park, just south of Brattleboro and less than an hour from our front doors. A warm-up ride before Steve arrived revealed an 1810 slate quarry and a nice long view from a hilltop right in the park. 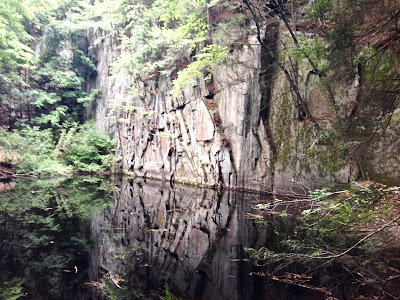 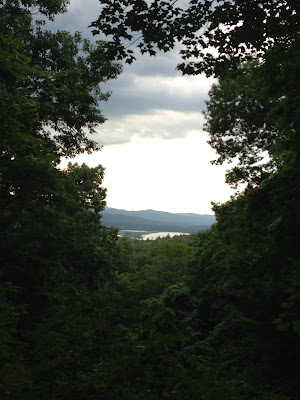 The retreat trails, just barely north of town, were mostly nicely shaded, and featured lots of sharp ups and downs—and stone walls, this being New England. 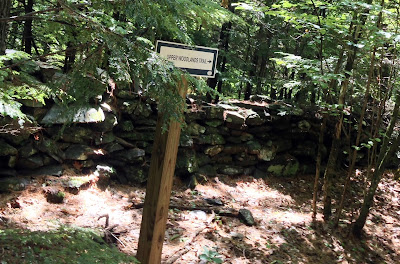 The central feature of the area is the Harris Hill Ski Jump, which an enterprising local built in the 1950s, and which has been in use since. There is a big jumping event there every February. I'm guessing the participants need to climb those stairs every time they want to jump. Oof.

What looks like a small water slide at the top is a very long ramp. Air speeds reach 60 mph. 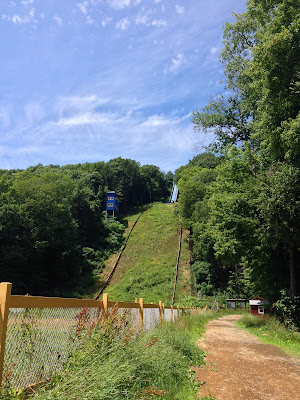 The heat was well upon us by midday, so we opted for a nearly-chilly swimming hole along Route 30 north of town. Delightfully restful. 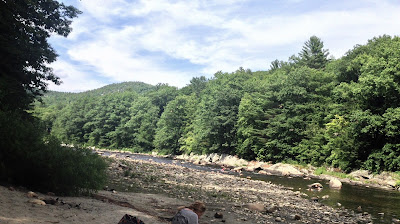 Steve had to make for home that afternoon, so I camped solo that night and, in the morning, headed a touch west to picturesque Guilford. It takes about ten minutes to feel like you're deliciously in the middle of nowhere. I had no route chosen; I just knew there were plentiful dirt roads in the area. I drove until I found a promising one: Sweet Pond Road. 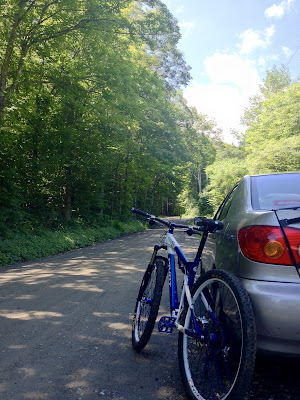 Though the promised pond turned out to have been drained recently (much to my overheated dismay), the views were worth the very serious climbs. 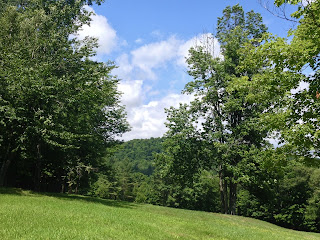 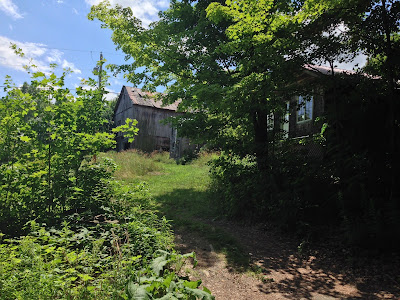 I can't recommend Sweet Pond Road and Packer Corners Road highly enough. All dirt, all gorgeous, all challenging, all rewarding. There was even chainsaw art by the side of the road... 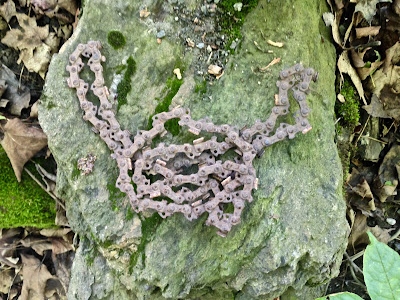 ...and a stand full of free detritus that was somehow very sweet and very Vermont. Water-logged fabric softener sheets and vintage View Master discs were all for the taking. 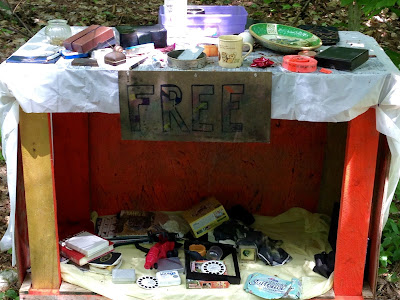 At the end of the ride, a genuine treasure: a new lunch place, the Guilford Country Store. Excellent sandwich, and gluten-free, no less! 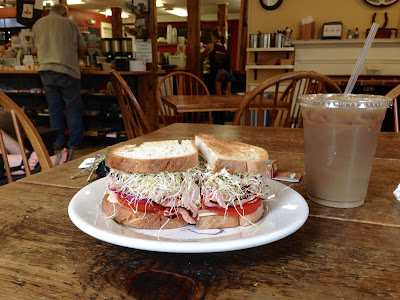 I'll most certainly be back to the Bratt for riding, and soon.