Your Coffee is Not Special Enough 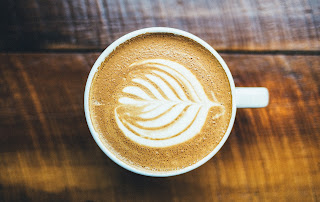 Maybe you know the person who roasts your coffee. Maybe they work down the street from you, and only sell to the two thousand people in a five-mile radius lucky enough to know about them.


Maybe they travel personally around the world to the plantations that supply them, sitting and sipping with every dueña and tribal leader, having quiet conversations contrasting the intricacies of the bouquet produced by each individual hillside on the farm.  Maybe they’ve been doing this for 25 years.


Maybe they’ve been rated highly responsible to their suppliers and to Mother Earth by persnickety organizations that are intimate with every dollar spent at every coffee farm in every backwater from Venezuela to Borneo.


Maybe you think your coffee is pretty tasty, and ethically viable, too.


Just down the street from your cafe is a more hip, more expensive cafe. It was built by hand, by local artisans paid an impeccable wage, with wood reclaimed from the hundred-year-old schoolhouse the community wept over when it was torn down. At this cafe, the beards are more ragged, the baristas are younger and skinnier, and their knit caps are saggier.


They think your coffee is okay, don’t get them wrong. But it tastes kind of 1999, and they’ll tell you that without smiles or irony. They think your roaster has a feudal relationship with their farmers. They’ve gone to school to learn how to sip coffee in weird, noisy ways, so they can taste subtleties that don't actually exist.


Their coffee, and theirs alone, offers you those elusive flavors. It also offers the knowledge that the people who sold it to you would defend to the death the knowledge that it is the most exquisite coffee in the whole, round world.


And they offer all of this to you, the whole package of undetectable taste improvement, youthful attitude, and ethical high ground, at the low, low price of $25.33 per pound.


Yes, that's a real price from a roaster in my little town. Take it or leave it.


Now, you have a choice: you could robe yourself in your most scrupulously disheveled hipster duds and slouch on down to their painfully beautiful establishment and shell that out.

Or you could just head over to your funky stand-by, where they’re happy to see you no matter what you have on—a suit and tie, or a bathing suit and a t-shirt—and pay a human price for a good cup of coffee. It’s easy on the taste buds, and it wakes you up just as well as the expensive stuff. It costs a few cents more than the corporate coffee just down the road, but not much.