Getting Outside Changes You Inside

Sometimes the best rides happen when you have no idea where you're headed or how you'll get there.

I set out yesterday morning with the simple intention of creating a 40-mile ride by choosing whichever road was most appealing to me at each intersection. Result? Some failure, and a lot of success. My mood went up and down with the success rate, which, in itself, is a valuable lesson if I observe it and don't react to it. Riding as self-discovery.

Because I hadn't thought it through, I spent the first half hour fighting a biting headwind from the north on a local two-lane highway. The roaring in my ears was more draining than the constant push-back.
Once I reach Sunderland center, I almost packed it in.

I decided to see how I felt when I reached the turn for North Leverett road, five or ten miles ahead.  By then; traffic had died down, the sun was a bit warmer, and the wind was down to a whisper. Getting into the hills helps cut back on the relentless wind of a river valley. And pushing the legs a bit usually helps the mood… as long as they push back.

I took the sight of a drop-dead gorgeous, vintage Grand Wagoneer by the side of the road as a good omen for the rest of the ride. I've wanted one of these cars for 20 years; beats a Vanagon all to heck. 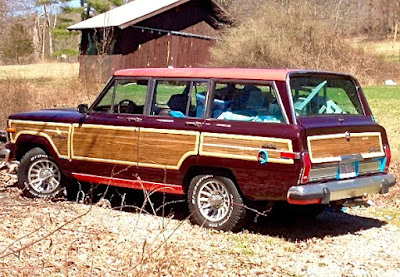 After a quick snack, the climb to the Levertt Co-op went swimmingly. This is small, well-run,  extremely crunchy place halfway up to the Shutesbury hills. A bit of rest, kindness, food, and caffeine were all welcome.

A young boy eagerly recounted to me in a piping voice how he and his father (sitting patiently at a nearby table) had just spent three days at Temenos, a retreat center nearby where  friends and I stayed during a gravel bike weekend in December. Despite the lack of electonics or entertainment, this boy wasn't bored. I wondered if his dad would have agreed.

Upward, into the hills, via dirt roads, literally staking out potential sites for my first wild-camping experience in May or so: 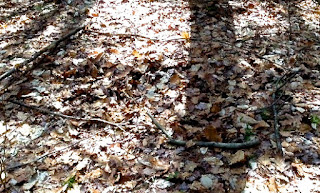 I wanted to keep climbing the plentiful, isolated dirt roads, but the knees were feeling testy. After two years of rehab, when they get this way, I get a little testy, too. But a long dirt descent on Wendell Road was energizing. A good thing, because it was immediately up, up, up the absurdly steep dirt approach to Shutesbury center.

Once there, shelter in the lee of the tiny post office, across the street from the Shutesbury Community Church, miraculously rescued from demolition just a few years ago. 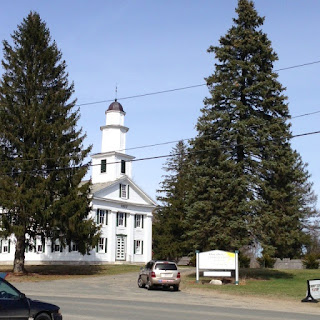 Hours of time to myself in the outdoors, mostly bright skies, dirt climbs with real teeth. And, spontaneity: I made a ride as I went. Created an experience.

In return, it changed me.